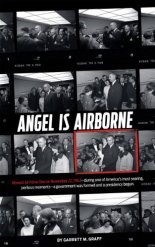 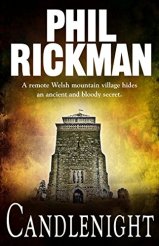 A couple of re-reads this month, and a long book which I couldn’t put down….

No Bad Kids: Toddler Discipline Without Shame by Janet Lansbury

The first of my re-reads! I felt in need of a reset with my three-year-old and was hoping Janet could help me with this. I’ve been a huge fan since I interviewed her for the Green Parent and I always think “what would Janet do?” when faced with a parenting conundrum. In short, she advocates respectful parenting, treating babies and children as people from the very beginning and trusting their innate abilities. She’s got a super podcast too.

The Only Plane in the Sky: An Oral History of September 11, 2001 by Garrett M Graff

Like everyone old enough to remember, I know exactly where I was and what I was doing when I heard about the 9/11 attacks. But there was so much I didn’t know about what happened that day, and this book paints an incredibly picture from multiple perspectives in an “oral history” presentation style. You’re hearing from people directly, in their own words – some who lived to tell the tale, and heartbreakingly, others whose last words were captured on answer phone messages or phone calls with their loved ones. I was so gripped by this 512-page book that I read it in just four days.

Still buzzing from The Only Plane in the Sky, I downloaded another Garrett M Graff book linked to one of my specialist subjects, the assassination of JFK. At just 61 pages, this Kindle Single naturally had a much narrower scope, and while I did learn some new information, I found it a bit repetitive.

Another re-read, although this time I listened to the audio version. I’m eagerly awaiting the next instalment in Phil Rickman’s Merrily Watkins series and decided to go right back to the beginning with his first novel. It was……OK. I really enjoyed listening to the spoken Welsh and it had plenty of spooky moments. But you can certainly see how Phil’s talents as an author have developed over the years!